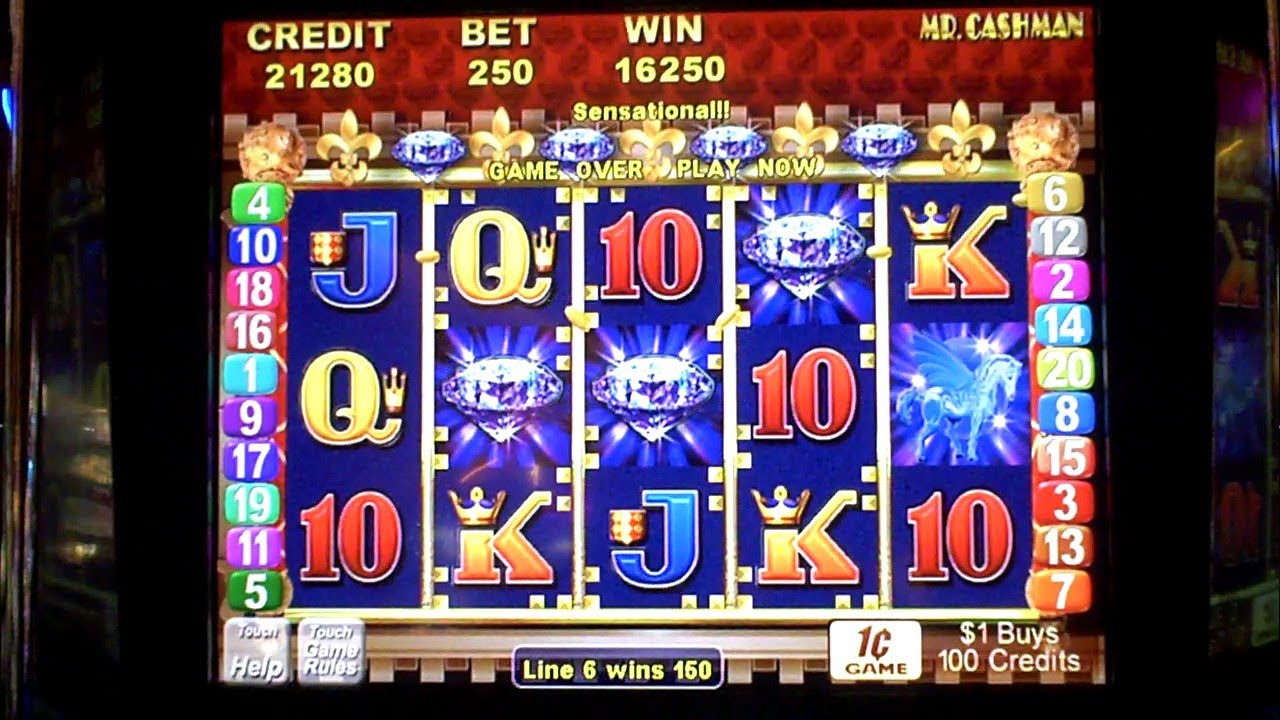 Mr. Cashman is an iconic mascot of Aristocrat that has been popular for over 15 years. A small figure of a funny gold coin in black top hat adorns a couple of classic titles from that provider. Whenever you see Mr. Cashman on the screen, you will certainly get lots of bonuses and exciting gaming experience with generous prizes. This fictional personality is a kind of sign of quality and trust because games featuring Mr. Cashman were endorsed by millions of Aussies who took a liking to this cute mascot.

The Mr. Cashman series consists of four titles such as Jailbird, Magic Eyes, Jewel of the Enchantress and African Dusk. Each of the games has five Cashman features. This review covers the African Dusk pokie but the features to be described below are basically the same for the entire Mr. Cashman series. Besides, all bet options are also identical in all the four pokies.

African Dusk has 5 reels, 3 rows and 20 fixed paylines. The minimum bet is 20 cents, while the top acceptable bet is $100 per spin. The reels are set against an African-themed picture but the entire reel set and the user interface are standard for Aristocrat. The reels are populated by playing card values from 9 up to K, as well as a pack of animal symbols such as lions, zebras, giraffes and rhinos. As is often the case, themed pictures are worth the most money, while 9-K are slightly cheaper in the paytable hierarchy.

When a regular spin completes with no winnings earned, Mr. Cashman runs onto the screen and chooses 1 or more random reels to be spun again, while the other reels stay fixed in their positions. When the respin finishes, each involved reel will feature a multiplier of x1 to x10 to be applied to any wins where symbols on that reel take part. The Random Spin bonus has a good potential to enhance your credit balance thanks to inherent multipliers.

This bonus is random and can occur at any time. On the second screen, you will see Mr. Cashman standing on a stage and holding a gift box in one hand and gold coins in the other hand. You are asked to touch the money or the box. If you select the box, then you are awarded 10 free spins with a random multiplier of up to x3. Choosing cash awards you a random cash prize, the size of which depends on your total stake per spin.

This is a random bonus where you are to match stars. On a new screen you will see 10 stars, each hiding a cash prize or a number of free spins. Your task is to click on the stars and reveal the hidden prizes until you get a match.

This is one of the most well-loved features in the Mr. Cashman series and is triggered at random. When the bonus is unlocked, you will see Mr. Cashman standing at a retro slot machine and pulling the lever. The three symbols on this machine come into motion and then show number 0 to 9. These three numbers will determine the amount of bonus coins you have won. As you might have guessed, the maximum prize can total 999 coins.

The four pokies developed under the Mr. Cashman series have many entertaining features such as free spins, second-screen bonus rounds and bonus coins, most of which are activated at random. If you are not sure whether African Dusk appeals to you, you still have three other alternatives with identical bonus content and bet sizes.