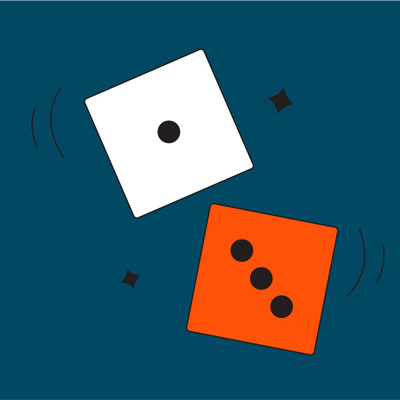 The two main components of craps are a pair of dice and a physical table marked with betting areas (or a digitally simulated table in online craps). Its origins are still undiscovered; some experts trace the game to the 17th century but others sincerely believe it first appeared in the Roman Empire. The contemporary online version of the game may seem a bit complex but its rules are very easy in fact. It would take anyone just a couple of minutes to grab the basics. Many online casinos for Aussies have several craps games on offer since it attracts many fans of die-based games. Old-timer software companies that release craps also take care of users who visit casinos on mobile devices.

How to play craps online

First off, let’s take a closer look at a craps table. Its design and collocation of fields vary widely by providers but its major aspects remain uniform: any table regardless of the software vendor has bet names printed on it, for example, COME or PASS LINE. These and other areas can be positioned at the center, to the left or to the right or anywhere else at the table. Online versions of the game have a user interface for the players to place bets, start a round, clear bets, repeat bets, change settings or see rules.

A craps round consists of two phases. The first phase is called “a come out roll” and its results determine whether the second phase starts or not. Before the come out roll gets going, the player needs to place a bet. There are two bets possible on the first stage: Pass and Don’t Pass. Wager on either just for a test.

After clicking Roll, tow dice are rolled onto the table, bounce for a moment and then come to a rest. If the total of the two dice adds up to 7 or 11, the Pass bet wins, Don’t Pass bet loses, and the game ends. If the two dice total 2, 3 or 12, the Don’t Pass bet is announced winner, Pass bet loses and the game ends. There is also the third possible outcome that the dice roll 4, 5, 6, 8, 9 or 10, in which case both bets remain where they are, the number that has been rolled last becomes a “point number” and the second phase gets underway.

In the explanation above, the gameplay in its simplest form has been exemplified but the beauty of craps online is in numerous bets that feature different odds and payouts. That is why some new gamblers call craps a difficult and over-complicated game but this not consistent with the reality. After getting a few practice sessions, you will learn the ropes of craps and be able to play for real money like a true pro.

These bets are also very popular with craps players because they have a very low house edge of 1.41% and 1.36%, accordingly – just the same as the two previously reviewed bets. Come and Don’t Come can be activated during the second phase, after the point number has been established. The principles for the two bets are exactly the same as for Pass/Don’t Pass. When you place a bet on Come in the second phase, the next dice roll will be equivalent in its effect to the come out roll meaning that numbers 7 or 11 bring a win for the Come bet, whilst numbers 2, 3 or 12 will be winners for the Don’t Come bet. Similarly, if another number appears (4, 5, 6, 8, 9 or 10), it becomes an “alternative point number” that is completely independent of the point number determined at the end of the come out roll. If after a few rolls, the “alternative point number” or 7 emerges, the Come or Don’t Come bet wins, respectively.

You can consider placing other bets on the table. Before doing this, you should get familiarized with their odds and payouts as some bets are really not worthy of serious consideration because of very high odds in favor of the house. Check out the following bet types that are typical for any craps game and try whatever rings your chimes.

To summarize the betting information, the most beneficial stakes in craps are Pass, Come, Don’t Pass and Don’t Come.

As the case is with other table games like roulette and blackjack, the odds are always against the player. It is impossible to implement any strategy to make the player’s advantage surpass the house edge because of a negative mathematical expectation beside each table game including online craps. However, it’s by no means beyond the imagination to leverage the winning odds for your own benefit and maximize your return as high as possible. The gameplay can be fun and even profitable if you do follow the following tips:

In most online casinos, the minimum bet is $1 and the maximum bet is around $1000, still some high-roller Australian casinos allow for up to $5000 per one round in craps. Note that the maximum bet is the sum of all bets placed on various fields because the player is allowed to place more than one bet during the game: for example, Come + Pass + Any Seven. The currency of casino chips displayed on a craps table depend on your general casino settings and the currency you have deposited into the gambling venue you are playing at. The majority of casinos that are a welcoming destination for Australian gamblers accept AUD, EUR, USD, bitcoin and other moneys, which are then used for betting in craps.