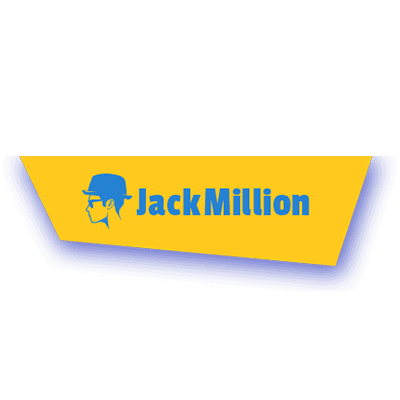 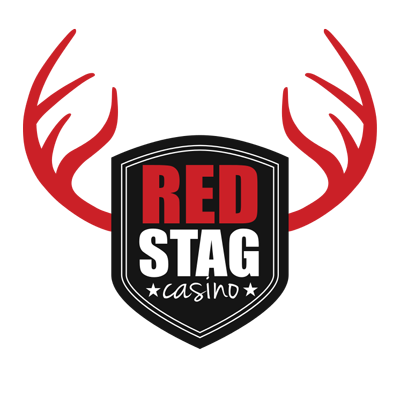 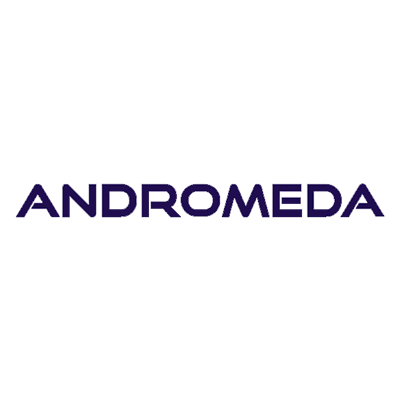 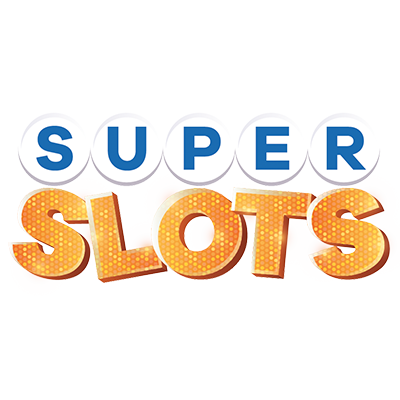 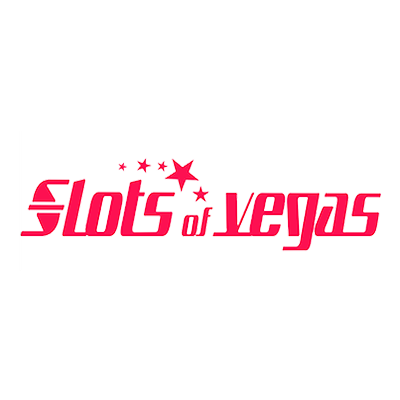 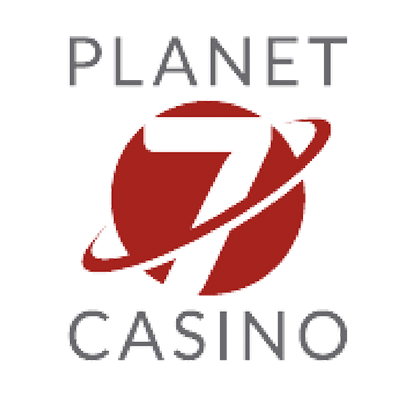 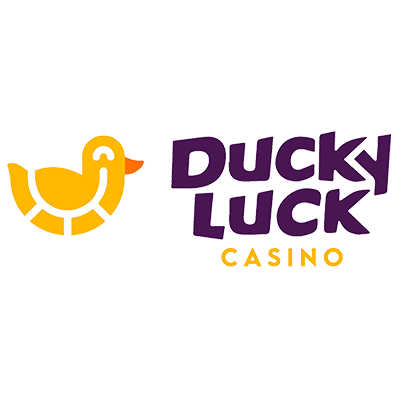 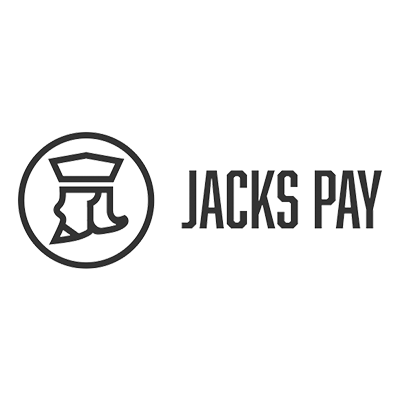 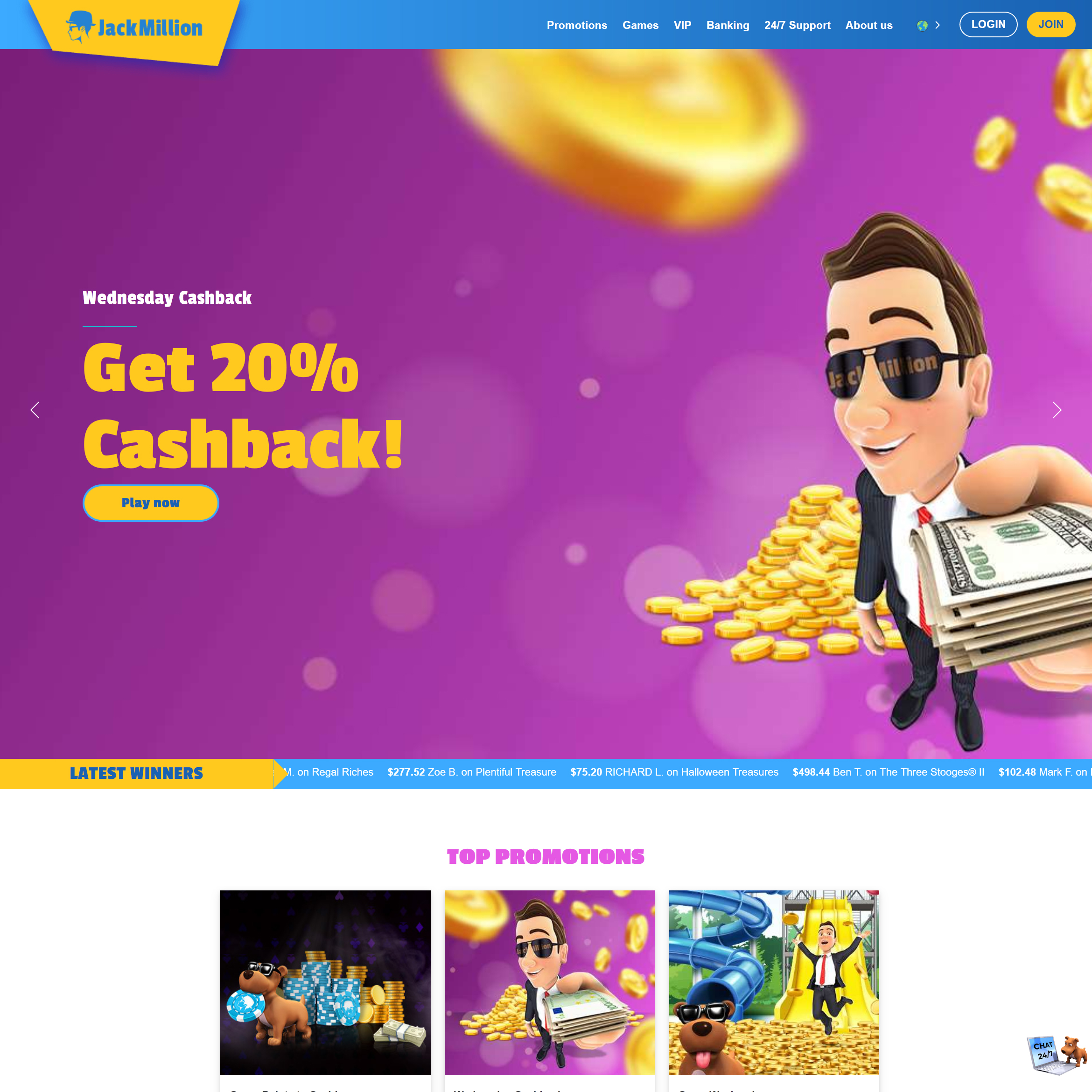 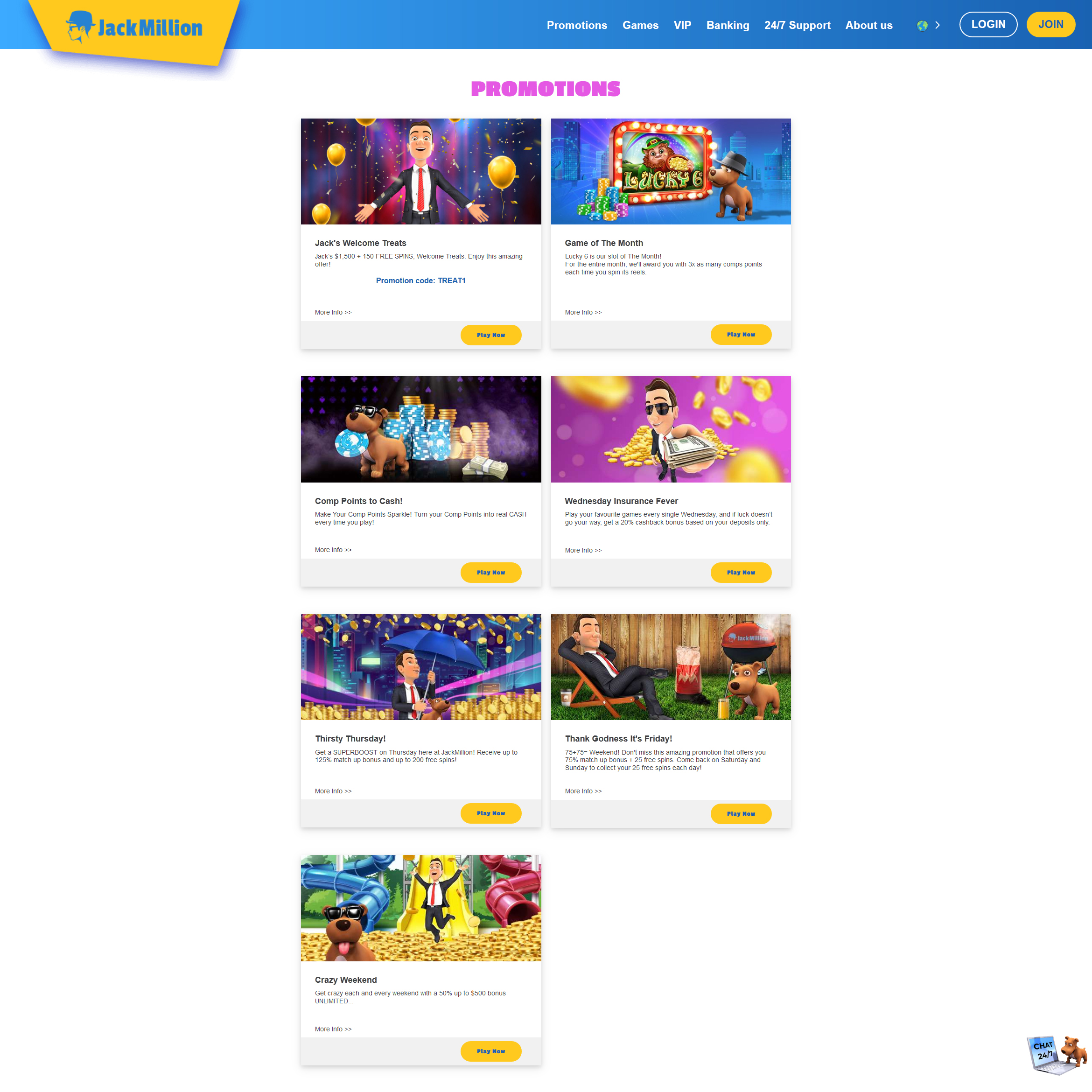 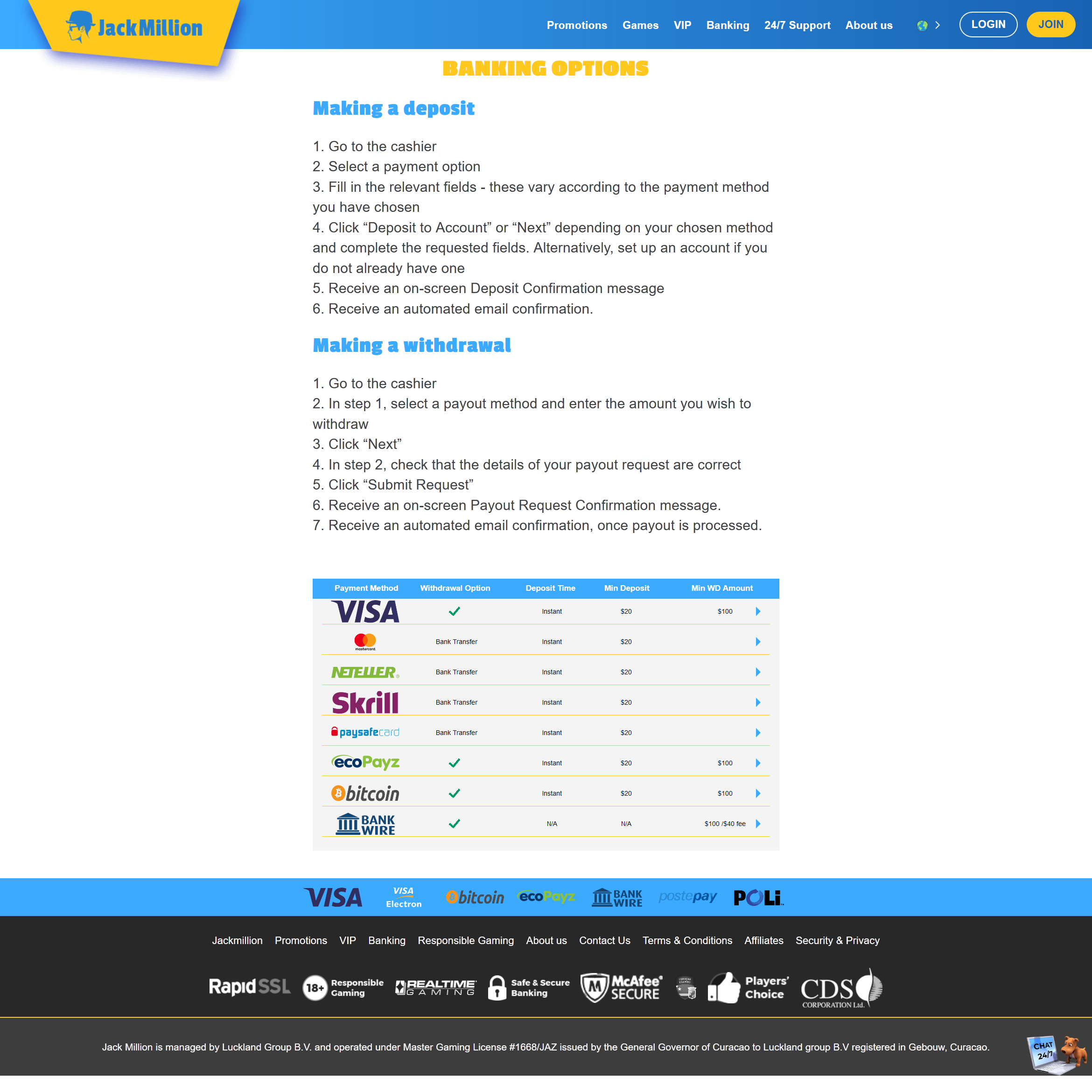 An Aussie can win thousands of dollars in Jack Million before he can say Jack Robinson. Every man jack of registered players is happy to be member of this reputable online casino, which is based on the RTG platform. Australians seem to remember that all work and no play makes Jack a dull boy, that is why they are excited to sign up in Jack Million, claim a welcome package, exchange comp points to cash and get a 125% reload superboost on Thursdays. Australian Jacks and Jills of all trades are invited to play numerous progressive pokies in Jack Million, which is available instantly in a browser or in the RTG proprietary software that should be downloaded from the casino site, if desired.

Selecting a proper pokie is always a hard choice. But in Jack Million, this task is much easier thanks to a Popular section that takes in all trendy and sought-after pokies in which a player has realistic chances to make the best out of the RTG game catalogue. Players who have accumulated a threshold amount of comp points and deposited a certain amount are assigned a VIP status (there are 3 VIP levels) that gives some benefits, though not too generous. The most worthwhile VIP benefit is allegedly an accelerated withdrawal time that is cut to 12 hours (against 96 hours for common players).

Some players click “Cancel Bonus” in the Redeem Coupon section in the casino but others try to profit off being a new casino member, because newbies get three sticky welcome bonuses with moderate-sized wagering requirements (x40 on each). Though some online casinos (including the ones reviewed on Onlinecasinogo) offer more lucrative conditions for their welcome packages, a player risks nothing on claiming the Jack Million pack for beginners. The min single deposit to qualify is $20 and each bonus is limited to $500. What’s more, a player obtains 50 free spins on Aladdin’s Wishes.

The bonus program feels permanent as no “Lasts Till” or other messages like that are attached to their promotions. Regular punters who have been around for a while may benefit from around 5 constant promotions, some of which are pegged to a certain day, for example, a 125% reload bonus and 200 free spins can be received on Thursdays only. An unlimited 50% weekend bonus up to $500 looks more appealing as it has a lowered WR of x30 and is applied to all deposits made on Saturday and Sunday.

Cashback (bound to Wednesdays) is Australian’s favorite promotion because the casino returns 20% on all deposits placed and lost out on Wednesday. But there is one “but”: Cashback money should be wagered 50 times.

Everyone wants to see money in the casino account as fast as possible and Jack Million provides every opportunity for this. Once the minimum deposit of $20 is placed, the money will reflect in the cashier immediately. Methods for delivering funds to the casino include Visa, MasterCard, paysafecard, ecoPayz and Bitcoin. None of the above incurs any fees whatsoever. Actually, the player normally pays some but this is beyond casino’s control.

Once a player is going to withdraw winnings, he should first make sure the amount is or exceeds $100 and then pick either of the following options: Bitcoin or bank wire. Processing times depend on the method and the expediency with which a player submits the required personal documents. Generally, it takes up to two days to review a payout request and approve (or reject) it. A player should also pay attention at a $2000 to $4000 weekly limit that is determined by player’s VIP status.

The casino website has an adaptive design that looks and feels good on any screen sizes including iOS and Android mobile devices. RTG pokies are widely known to be developed with an HTML5 format in mind, meaning they show excellent mobile compatibility properties. As for other functions, the mobile casino has an easy registration page, tons of bonuses and a widget for instant contact with support agents.

Stories of new millionaires who were into luck to hit a super-massive jackpot are shared across many social networks and communities. However, these stories of success are rare in comparison with the total number of people playing in online casinos without winning that big. RTG progressives are designed to fill in that sad gap between super-huge progressives and small winnings. The point is that more than a half of all RTG pokies have local progressive pools. It is not very difficult to hit them and moreover, a player does not have to bet max to qualify, because even a penny bet would be sufficient to be in with the chance to win a jackpot. Let’s explore a typical RTG progressive.

Fruit Frenzy is themed around circus, has 25 customizable lines, free spins and the highest fixed prize of 10,000 coins for getting five symbols on a payline. As a generous complement, the pokie has a random jackpot that has reached $1000 as of writing this review. Rules in the paytable read that the progressive jackpot can be won at the conclusion of any game and is triggered at random. Other pokies of this type are Samba Sunset, Spirit of the Inca, T-Rex and Green Light.

The casino comes up with about 130 pokies from Realtime Gaming, an Australia-friendly developer of nice, generous and multi-faceted pokies with great graphics and loads of progressive pots. Registered players from Australia should jump to the Slots section that shows a comprehensive roster of pokies available as of today. For player’s convenience, it is possible to customize the page view (table or grid) and also choose a pokie subcategory such as Progressives, 3 Reel or 6 Reel.

RTG concentrate their development efforts on traditional video pokies, meaning they normally have five columns and three rows. Their graphical component and animations are good but nothing to write home about. Players who adore graphically intensive pokies with mind-bending artwork should seek for other provider and other pokies. As for RTG products, they appeal to those Australians who like a so called “well-balanced”, streamlined gameplay with above-average quality in every aspect including payouts.

As a general rule, many pokies from RTG have two special-purpose symbols (wild, scatter) and one bonus feature (free spins or other). Good examples are Enchanted Garden II, Voodoo Magic and Kung Fu Rooster. These are rather simple games with no progressive jackpots and just one bonus available.

Let’s move to pokies with at least two bonus features. They are also numerous and include the following titles:

Most RTG creations usually have 20, 25 or 50 adjustable or fixed lines, but there are about 10 games that move away from traditional models and are built on a well-loved “Wins To Way” principle that suggests winning combos be created in any place on neighboring reels. This scheme is found in games of other providers and it makes the gaming process more unpredictable and fun. Examples include Asgard, Stardust and The Mariachi 5, all having gotten 243 ways.

Though the collection of pokies outnumbers table games, genuine fans of blackjack will be more than happy to find here 8 very different tables, each bearing a seal of uniqueness, speaking metaphorically. Notable blackjack titles in Jack Million Casino are Face Up 21, Match Play 21 and Super 21. There will be no problem at all for a person who is unaware of any of the mentioned games, because each game comes with a detailed set of rules.

Roulette is represented badly in the online casino, unfortunately. There are only two versions available here (European and American roulette), and both have dated graphics that would hardly attract anyone. Craps, baccarat and a couple of other table games can be found in the Specialty casino section.

This is a good, no-scam, reliable online casino based on the RTG software and offering 150+ games, some of which run on mobile as well. The system of promotions, especially 20% cashback, is very attractive for Australians. Given all that, Jack Million Casino is recommended to Australians. 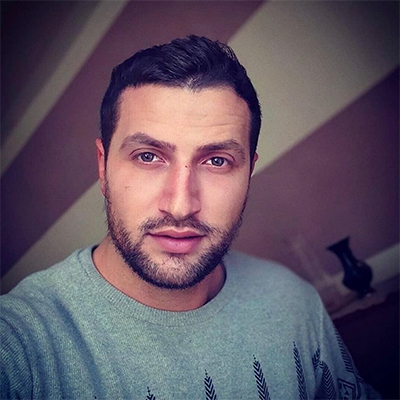