Those who favor travelling back in time and a progressive jackpot feature will certainly appreciate the Aztec Treasure 3-reel 8-payline pokie by Betsoft. It brings an Aussie back to good old days of primeval online casinos. It may look outdated but still plays for real money and it is optimized for mobile devices. The pokie offers a chance to win up to up $500 in a base round and strike a progressive jackpot. The bonus round brings you deeper into the past, right into Tenochtitlan, the capital of immensely rich Aztec civilization. Legendary treasures, piles and piles of gold in secret vaults are waiting for an Aussie to discover them. Please find below a guide and tips on how to rake all Aztec treasures. 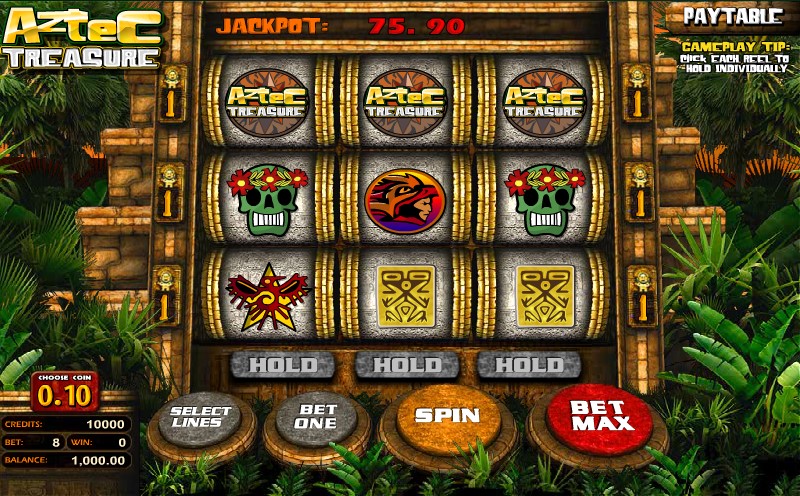 
The gameplay is simple and lucid. The Choose Coin control sets the value of coins within the range from $0.01 to $1.00. The Select Lines switch adjusts the number of engaged paylines between 1 and 8. The Bet One button makes a bet between 1 and 5 coins per line, so it is possible to bet from $0.01 and up to the maximum, which is $40 in this game. The reels are set in motion with the Spin or Bet Max button – the latter sets the stake at its top value, that is, 5 coins on 8 lines, 40 coins in total. And then the paytable tells the best story about Aztecs: what all their symbols award. Let us look at the payouts to make well-informed decisions.


There are 3 reels, any given payline is no longer than 3 symbols, thus an Aussie needs only 3 payable symbols on any active line to win real money. Payable symbols are Aztec artifacts and celebrities: Idols, Diadems, Eagles, Sculls, War Bonnets, Pyramid, Aztec King (all hand-crafted). A payout starts from $5 for 3 Idols on any active payline and goes up to $500 for 3 Kings (at the maximum bet). A chance to score on more than one payline increases with the Hold feature. The HOLD signs appear every other round and allow putting on hold any entire reel or any symbol(s). The reels or symbols that were held by you will not move in the next spin thus it is easier to combine symbols into winning combos as well as increase the number of existing combos.

For example, if one puts on hold a King (he pays out x100) in the central position of reel 2, the “held” King may well become part of up to 4 winning lines in the next spin, thus making it x500 or up to $2500 (with the $40 maximum bet). Jolly good! “Hold” buttons are also an indispensable feature when it goes about raking a progressive jackpot. Another tip: The Hold feature is active only every other time so it is advisable to weigh chances and bets before pressing “Spin” when it is inactive. One more note: When the “Hold” sign is lit, one cannot change a coin value.


Progressive jackpot is the most wanted, yet a rare thing in online casinos. This pokie has it! An Aussie needs just 3 Aztec Treasure symbols on any active payline to grab it. There are of course some rules to respect: the feature is active with a maximum bet only, at least $0.40 or as much as $40. The jackpot depends on the value of coins and is always displayed above the reels. Here are some tips to succeed: bet a maximum stake, play all 8 lines and use the “Hold” feature smartly to keep an Aztec treasure symbol on the reels for the next spin when it appears for the first time. The rest is in hands of Aztec gods.


It would not be a Betsoft pokie without a second-screen bonus round. Whenever there is a colored gemstone incrusted into a golden coin on the third reel, an Aztec warrior with a spear comes. He tosses the spear, hits the gemstone down and takes it. As soon as 3 colored gemstones are collected, a bonus rounds starts. The warrior leads an Aussie to 3 secret vaults and tries to open them with the gemstones. Satisfaction guaranteed: all 3 vaults will be open and they are full of gold! All gold discovered goes to your account. Not too much but this feature re-appears as a matter of course and it is a piece of cake to trigger it.

Useful tip: when the Hold feature is active (i.e. every other round), the gemstone on the third reel appears with a HELD sign and the Aztec with a spear does not come. In this case one may keep the gemstone “held” or set it free for the next spin to get more generous combos with payable symbols. The gemstone will re-appear afterward anyway, a warrior will come and hit it with his spear and then the gameplay will proceed as usual until 3 gemstones are collected. Mind that changing the value of coins cancels all collected gemstones, so it is advisable to keep the value untouched until all the three coins have been accumulated.


Though the reviewed 3-reel 8-line pokie looks rough and lacks the extremities of audiovisual effects, it has an unmistakable charm of the past and should be treated as a vintage video slot. In addition to this sentimental value, it offers fairly good chances to win up to $500 in base game and much more cash if one gets a grip on the Hold feature and completes a few paylines in a single spin. Instant cash prizes up to hundreds of dollars are guaranteed in a second-screen bonus round, which is often activated. A progressive jackpot, rare and exciting, is included. Lagging a bit behind most Betsoft products in terms of graphics and design, this pokie is admirably constructed in terms of gameplay and presents lots of winning opportunities that an Aussie should not miss out. 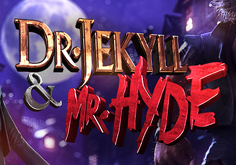